Edward Venables-Vernon – who inherited the Harcourt family estates in Oxfordshire in 1830 and took the surname Harcourt instead of his own – had become Bishop of Carlisle in 1791 at the young age of 34, and Archbishop of York aged 50 in 1807. He was born in Sudbury, Derbyshire, on 10 October 1757, the second son of the first Baron Vernon and his third wife Martha, a sister of the first Earl Harcourt, and was educated at Westminster School and Oxford. Married in 1784 to Lady Anne Leveson-Gower, he now had an almost inexhaustible store of influential family connections.

He and his wife had 16 children, 11 boys and 5 girls, all but two of whom survived to maturity. Their fourth son, William Vernon Harcourt, was invited by the three founder members of the YPS in December 1822 to join them in establishing the Society, and became its President and leading light. His father, the archbishop, joined the YPS in the same month, and was a patron from 1824. He laid the foundation stone of the Yorkshire Museum in October 1827. He served as Archbishop of York for forty years, and gave generously of his time and money, including large contributions for the restoration of York Minster after the two fires of 1829 and 1840.

He was a frequent visitor at Windsor to advise Queen Charlotte during the final years of George III’s reign, and preached at the coronations in Westminster Abbey of George IV, William IV and Queen Victoria.

Although Edward Harcourt’s main residence was Nuneham Park, Oxfordshire, from 1831 he continued to visit his archbishop’s palace at Bishopthorpe on a regular basis. By the time of the 1844 meeting, he was an elderly widower, and the president of the British Association in his address saluted “the venerable Archbishop of this province, who bears the honours of his high station in a green and vigorous old age, and whose munificent patronage and support we must ever be ready to acknowledge.” This calotype was made at Bishopthorpe on 4 October when Hill and Adamson’s apparatus was taken to the palace after the meeting. Three years later, aged 90, Harcourt died of a chill there on 5 November 1847, having fallen from a bridge into a pond. He was buried at the church of Stanton Harcourt, Oxfordshire.

Principal sources for the text: Oxford Dictionary of National Biography online; Yorkshire Philosophical Society archives; British Association for the Advancement of Science, Report of the 1844 meeting; Hugh Murray, Photographs and photographers of York, the early years 1844-1879 (1986). 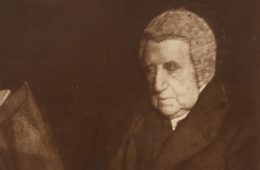