William Scoresby, sea captain, Arctic scientist and later Church of England clergyman, was born in Cropton, near Pickering, one of five surviving children (six more died in infancy). His father, William senior, unhappy with farming, moved his family to Whitby some 20 miles away soon after William’s birth, and went to sea. He sailed to the Arctic on whaling ships in summer and on coastal voyages in winter. William junior made his first voyage to the Arctic with his father when only ten years old.

In 1802 his father was given command as part-owner of a new ship, the Resolution. Every summer bar one from 1803 to 1823 William sailed out of Whitby to Greenland and the whale fishing grounds, first as his father’s apprentice, then taking over as master of the Resolution from the age of 21.  Meanwhile, in 1806 he enrolled at Edinburgh University where he spent several winters studying chemistry, mathematics and natural philosophy.   He had learned from his father the commercial benefits derived from acute and systematic observation of sea, ice and wind.  In Edinburgh his tutors encouraged further polar research each summer, and he gained the friendship and support of Prof Robert Jameson and Sir Joseph Banks. Between 1813 and 1817 he made many of his most important discoveries in Arctic geography, meteorology, and oceanography, and the resulting scientific papers led in 1819 to his election as Fellow of the Royal Society of Edinburgh. By microscopic examination of sea water samples he deduced that there was “a dependent chain of existence”  for creatures of the sea, the first recognition of a food “chain”, an idea not fully developed for another 100 years. His unparalleled two-volume Account of the Arctic Regions, which included an account of this experiment, was published in 1820. He was elected Fellow of the Royal Society in London in 1824 and in the same year was granted honorary membership of YPS.  He was a founder member of the BA in York in 1831, and prominent at the 1844 meeting.

The shock news on his return from the Arctic in 1822 that his wife had died was of lasting effect. He gave up the sea after a final voyage the following year. Always a man of strong religious convictions, he decided to enter the church. He was ordained deacon in 1825 and served for two years as curate of Bessingby, near Bridlington. From 1827 to 1832 he was a chaplain to seamen in Liverpool, where he married again, and he took another chaplaincy in Exeter from 1832 to 1837. There he engaged in research into magnetism. His final appointment, as vicar of Bradford from 1838, was onerous in the extreme, and cost him his health. He was distressed by the appalling conditions in this crowded industrial parish, and after efforts to bring improvements to children’s schooling and workers’ homes and factories gained little support he resigned the living in 1846. His second wife also dying, he moved to Torquay, the home town of his third wife, where he devoted his time to further research and writing, and where he died on 21 March 1857.

Scoresby wrote prolifically, publishing more than one hundred works, not only on polar exploration but also on religion and social reform. He invented and constructed several pieces of apparatus for his scientific experiments and was an active lecturer to learned and popular audiences alike. On his death he left his instruments, books, and papers to the Whitby Literary and Philosophical Society, of which he had also been a founder member in 1822. 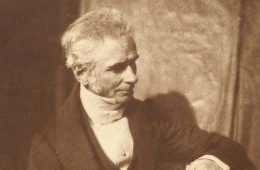