Dr Thomas Simpson, physician, son of Mr John Simpson, surgeon, was born in Knaresborough and baptised at the parish church there on 22 May 1788. He took his degree in medicine at Edinburgh University. It is not known when he came to York, but he was elected to the YPS in 1825. A founder member of York Medical Society in 1832, he served as its president in 1834 and again in 1847. He was a life member of the BA and a vice-president of its Medical Science Section at the 1844 York meeting. Fellow YPS members were prominent in his life: he lived at Gray’s Court, a neighbour of the family of William Gray (later YPS treasurer, and Lord Mayor of York at the time of the BA meeting in 1844) and of a number of other physicians, including Henry Belcombe and the William Mattersons, father and son. He remained unmarried, attended by a housekeeper and two, sometimes three other servants. He died on 28 February 1863, aged 74. His funeral cortege was joined by a dozen carriages taking his friends and members of the medical profession to York cemetery where he was buried on 6 March. His will, with estate valued at almost £25,000, was proved by three more YPS members (the doctors George Shann and William Dalla Husband, and solicitor Henry John Ware). 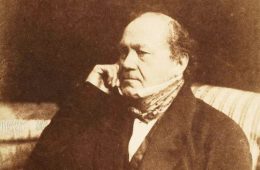