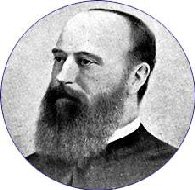 Did you know that one of the most fruitful developments in the history of the telephone was made by Henry Hunnings, the curate at All Saints church, Bolton Percy, near York?

When Graham Bell sent speech along a wire in 1876, journals such as the English Mechanic gave quite detailed descriptions of the first telephone receivers. Henry Hunnings, whose spare time passion was the study of electricity, set to work making a crude transmitter and had discussions with Edward Cox-Walker the manager of the local optics manufacturer Thomas Cooke and Sons. The curate had correctly analysed the limitations of the early Bell designs which used the same electrical induction device for both transmitter and receiver: however the transmitter was not adequate to send messages over large distances. Thomas Alva Edison, perhaps the most prolific inventor of all time, exploited the fact that the electrical resistance of carbon varied with pressure to make a transmitter in which pressure waves set up by speaking into the device changed the voltage across a piece of solid carbon.  In Britain David Hughes made a similar device using a carbon pencil and coined the word microphone. 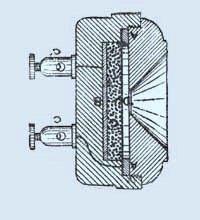 Diagram of a carbon granule microphone [2]

Henry Hunnings was carrying out experiments along the same lines but was achieving much greater sensitivity using discrete granules of carbon set between two metal diaphragms,so exploiting the many points of microphone contact. A carbon microphone Patent (see below) was awarded on 16  September 1878.

It is one thing to file a patent but quite another to have it manufactured and make real money from it: however Edward Cox-Walker transformed the Hunnings patent into a manufactured product at the factory he set up in Darlington in 1880. A public demonstration of the Hunnings Micro-telephone (price 15 guineas) was given before the Cleveland Institution of Engineers after the system had been tested over 45 miles between the railway stations at York and Darlington.

Where there is technological innovation litigation is not far behind.  In 1882  The United Telephone Company sued Harrison Cox-Walker Ltd for infringement of the Bell Edison patents it held. Hunnings appeared as a witness to demonstrate successfully that his microphone design was distinct from that of Edison but the Cox-Walker receiver was perceived to be a copy of the Edison design. After much legal wrangling the Hunnings patent was sold to UTC for £1,000 (around £50,000 in todays money). It was not then clear what role the carbon microphone would play in the development of the telephone but with slight modifications to avoid packing of the granules the Hunnings design emerged as the dominant form of telephone transmitter for 100 years  all due to a member of the clergy.

Improvements in and appertaining to transmitters for telephones. Letters Patent to Henry Hunnings of Bolton Percy in the County of York, Patent No3647. 18 September 1878

The telephone case. The Telegraphical Journal and Electrical Review 13May 1882 p.332 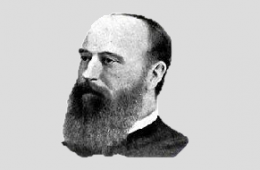