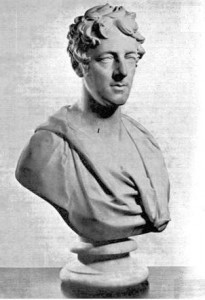 I first came across the name Vernon Harcourt in physics at school in the 1930s in connection with the Vernon Harcourt pentane lamp, a standard of optical luminosity. But the lamp was developed by the distinguished physical chemist Augustus George Vernon Harcourt FRS (1834-1919), Reader in Chemistry and a specialist in chemical kinetics at Christ Church, Oxford. He was the son of Admiral Frederick Edward Vernon Harcourt (1790-1883), a grandson of Edward Harcourt, Archbishop of York, and younger brother of William Vernon Harcourt, the principal subject of this article. Augustus was born in London and worked entirely at Oxford so he hardly qualifies as a Yorkshire Scientist on the strength of his family connections but he deserves a passing mention here.

Baron Vernon and his wife Martha had eight children: the youngest was Edward Venables-Vernon (1757-1847) who in 1808 became the Archbishop of York. He became the Harcourt heir on the death of his cousin the third earl. He declined the earldom on inheriting the Harcourt estates but added Harcourt to his family name becoming Edward Venables-Vernon-Harcourt though he was often known as Archbishop Harcourt. He had sixteen children who became Vernon-Harcourts, Vernon Harcourts or just Harcourts. On his death the Harcourt estates passed to his son George Granville Vernon-Harcourt (1785-1861) whose younger brother, our William Vernon Harcourt, inherited them in 1861.

Vernon Harcourt to about 1830

After five years in the Royal Navy serving on the West Indies station William studied at Christ Church, Oxford, (1807-1815) graduating BA 1811 and MA 1814. He was ordained in the latter year and embarked upon a comfortable clerical career as incumbent in livings in the gift of his father, the archbishop of York: Bishopthorpe (1814-1824 and 1835-1838); Wheldrake (1824-1835); and Bolton Percy near Selby (1838-1861). He was also a canon residentiary of York Minster (1824-63).   (These dates are from Morrell in the Dictionary of National Biography but slightly different dates are given elsewhere). At Oxford Vernon Harcourt acquired a lifelong interest in chemistry and geology inspired by Dr John Kidd (1775-1851), Reader in Chemistry and first Aldrichian Professor of Chemistry (who also lectured on geology and mineralogy) with whom he had been friendly. He became acquainted there too with William Conybeare FRS (1787-1857) and William Buckland FRS (1784-1856), eminent geologists who later influenced his work. At Bishopthorpe Palace he set up a laboratory with the help of some notable scientists but his main chemical work came later. Initially his scientific work was directed more towards Yorkshire geology.

In 1821 a discovery was made of a hoard of prehistoric bones in a concealed cave at Kirkdale near Kirkbymoorside in the Vale of Pickering. This hoard was investigated by Buckland, then Reader in Geology and Mineralogy at Oxford, who deduced that the cave had been a hyenas lair: he wrote an account of his findings in his book Reliquiae Diluvianae (1823). (The book is in English in spite of its Latin title). The discovery of the hoard was a spur to the formation in 1822 of the Yorkshire Philosophical Society (YPS) to provide a repository for the fossil bones and Vernon Harcourt became its first president (1822-1831) although he was not directly concerned with the discovery of the bones. But he had useful relatives and friends in high places. He was influential in securing the establishment of the present Yorkshire Museum in spacious grounds replacing cramped premises in Low Ousegate. A building fund was established in 1825 and over 1827 to 1829 the earliest purpose-built museum in the country was constructed: it opened for general use in February 1830 and became the home of the YPS. Vernon Harcourt was also instrumental in shaping the activity of the YPS towards active research and presentation of results. In January 1823 he indicated that the chief aim of the Society was to be mainly research on Yorkshire geology. At his request a programme of research, approved by another eminent geologist Adam Sedgwick FRS (1785-1871), had been suggested by Conybeare in late 1822. The essence of the proposal was to clarify the stratigraphy in Yorkshire from the base of the (Cretaceous) Red Chalk down to the top of the (Permian) New Red Sandstone and to correlate the poorly known sequence on fossil evidence with that established by William Smith (1769-1839) in the southern counties of England. (Smith is often called the Father of English Geology, an honorific widely accredited to Sedgwick in London although it had been used earlier in Scarborough and York). Conybeare specifically recommended attention initially to the western edge of the Wolds, and to the north and west edges of the Vale of Pickering. Vernon Harcourts own work resulted in a paper in 1826 on An Account of the Strata North of the Humber near Cave (Annals of Philosophy, 11, 435-439) and two papers in 1929, one on a mineral and the other on fossil bones found in a marl-pit at North Cliff. As an ancillary to research activity the YPS started building up a library which is still part of the Yorkshire Museum now run by the York Museums Trust. (This library contains incidentally two copies of Bucklands Reliquiae Diluvianae).

In 1824 during Vernon Harcourts presidency Smith was invited to give a course of lectures at the YPS and was accompanied by his nephew and assistant John Phillips (1800-1874) who had been his apprentice. Phillips was to become an eminent geologist, an FRS and ultimately Professor of Geology at Oxford. In 1824 he was commissioned by the YPS to arrange fossils in their museum and with effect from the beginning of 1826 he was appointed the first Keeper of the Yorkshire Museum. He joined Vernon Harcourt in his research on Yorkshire geology and worked collaboratively with him as well as increasingly independently. His first major publication Illustrations of the Geology of Yorkshire which appeared in 1829 incorporated results of his own and Vernon Harcourts work. In 1824, Vernon Harcourt was elected a Fellow of the Royal Society.

Vernon Harcourt was one of the founders of the British Association for the Advancement of Science (now the British Science Association) which held its inaugural meeting in York in September 1831. In the early 19th century there was a feeling in some quarters that British science was in decline and isolated from science on the continent: there was also some criticism of the Royal Society for lack of leadership in encouraging and publicizing science. In 1830 Charles Babbage FRS (1791-1871), then Lucasian Professor of Mathematics at Cambridge, wrote a book Reflections on the Decline of Science and some of its Causes which aroused much interest. Other prominent declinarians at that time included John (later Sir John) Herschel FRS (1792-1871), a distinguished astronomer who was critical of the isolation of British science from continental science; and especially David (later Sir David) Brewster FRS (1781-1868), a distinguished physicist, scientific writer and journal editor who was then President of the Royal Society of Edinburgh. As such he had collaborated in 1828 with the YPS in some meteorological work and in February 1830 at the first annual meeting of the YPS in the new Yorkshire Museum he was elected an honorary member of the society. Brewster planned to convene in 1831 a meeting of prominent British scientists to consider the establishment of a rival organization to the Royal Society, its aims to include pointers to desirable areas for research and initiation of research in some cases: he also proposed that the association should be run on the lines of the fairly new Gesellschaft deutscher Naturforscher und Ärtze (Association of German nature researchers and doctors) which met annually in different cities. In his Edinburgh Journal of Science Brewster published enthusiastic accounts of its meetings in Berlin (1828) and Hamburg (1830). In February 1831 Brewster requested help from the YPS in setting up a preliminary meeting later in the year in York as a central location in Britain. The YPS was favourable to the idea and Vernon Harcourt took charge of making the arrangements. However, feeling that the declinarian movement had antagonized a significant number of prominent scientists Vernon Harcourt thought that Brewsters proposed meeting could be small and counterproductive: he felt that a wider representation was needed. Brewster had decided that no constitution for the proposed association to be formed at York should be published in advance of be meeting but invited thoughts on its nature from the YPS. In the event the YPS took over completely the organization of the meeting in September 1831 (slightly later than Brewster had originally intended), and in a circular of 12 July issued a circular in its name signed by Vernon Harcourt (Vice-President) and John Phillips (Secretary) invited the attendance of all persons interested in scientific pursuits. Significantly the circular was widely distributed to scientific institutions known to exist in the British Isles including Philosophical Societies, and to some foreigners. The meeting in York was duly held with over 300 people attending though Babbage and Herschel did not come: it was a resounding success with a mix of policy discussions, scientific talks (including outstanding impromptu lectures by John Phillips and the President of the Geological Society Sir Roderick Murchison FRS (1792-1871)), and social events. At the meeting the British Association for the Advancement of Science was formed: at it Buckland was elected president for the following year at Oxford and Vernon Harcourt was appointed general secretary, a position he held for six years (1832-37). He can be claimed to have significantly influenced British science by shaping the character of the Association and he was elected president for the 1839 meeting of the Association in Birmingham. (Brewster was president at Edinburgh in 1850).

Vernon Harcourts chemical interests included chemical analysis, the action of heat on inorganic substances, and the development of glasses for achromatic optics: he started in this field in 1834 and continued up to a few days before his death working especially on an astonishingly wide range of non-silicate glasses: one of his most successful products was molybdate/titanate-based. From 1862 the then Lucasian Professor of Mathematics at Cambridge Sir George Stokes FRS (1819-1903)(PRS from 1885) collaborated with him on the optical side of the work and presented a posthumous summary of Vernon Harcourts work on glass at the 1871 meeting of the BA in Edinburgh as reported in Nature. The BA had encouraged and partially financed his work. Vernon Harcourt died on 1 April 1871 at Nuneham Park near Nuneham Courtenay in Oxfordshire.

I am indebted to Margaret Leonard for drawing my attention to Morrell (1989) and to Dr Sarah King of the Yorkshire Museum for providing me with a copy of Stokes (1871). I am grateful to Dr Peter Hogarth for making some helpful comments on a draft of the script.

resting book on background. The club comprised four reformist Cambridge mathematics undergraduates who met weekly in 1812/1813. They were Charles Babbage (1791-18871), John (later Sir John) Herschel (1792-1871), William Whewell (1794-1866) and Richard Jones (1790-1855). All became Fellows of the Royal Society; Herschel and Whewell became presidents of the BA in 1845 and 1841 respectively; Jones was involved with Babbage in the controversial creation of a Section F (Statistics) of the BA and the Statistical Society of London (now Royal Statistical Society).

*As of 30 September 2015 the opening paragraph includes Dean of Chichester as one of Vernon Harcourts appointments; I have checked with the cathedral authorities at Chichester that this is wrong.