Election to the Royal Society is a mark of high scientific distinction; in modern times it is rarely accorded to amateur scientists but William Sawney Bisat was one of those rarities. 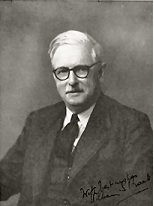 Bisat was born in Doncaster, the second of four children of Charles Edward Bisat (1854-1898) and Margaret, née Sawney, both of Yorkshire descent. His grandfather, Eleph George Bisat (1825-1911), was the founder of a Doncaster bookselling, stationery and printing business which Charles helped to run.  At the age of 9 William won a corporation scholarship to Doncaster Grammar School but he left at 16 to join the family business, now largely controlled by his uncle, George B. Bisat. A year later, in 1903, he joined the firm of Harold Arnold & Sons Ltd, Public Works Contractors of Doncaster and Leeds, as a junior and he remained with them to become the Chief Engineer and a Director before retiring in 1954. In Who Was Who his recreation was listed as geological research.   From 1903 to 1906 Bisat attended evening classes at a precursor of the Doncaster Technical College to become a civil engineer and surveyor.  From 1903 he was also an active member of the Doncaster Scientific Society (founded in 1880 as the Doncaster Microscopical Society) of which his uncle George Bisat was a committee member and had been President in 1897/98. George Bisat was also a member of the Yorkshire Naturalists Union which held field meetings in various parts of Yorkshire. Young Bisat accompanied his uncle to a number of field meetings with a geological emphasis through which he met knowledgeable members and became friendly with two Doncaster residents, George Grace (1868-1926) and Henry Culpin (1861-1912), who were both fossil collectors. With them he went on fossil-collecting forays, notably during the sinking of the Brodsworth and Bentley Colliery shafts near Doncaster; on the basis of a collection of Permian fossils from the two sinkings he read a paper to the Doncaster Scientific Society in1906 on The fossil fauna of the Magnesian Limestone, and in 1911 he deposited the fossil collection in the newly opened Doncaster Museum.

From 1906 to 1914 Bisat was engaged in his companys construction for Leeds City Corporation of the Leighton impounding reservoir near Masham, and while there he became the Chief Site Engineer. As a result of the Leighton project he became interested in the Millstone Grit of the area and in 1912 he made it the subject of a weekends demonstration at a field meeting of the Yorkshire Geological Society which he had joined in 1909. His related first published paper was in the Societys Proceedings (Bisat 1914). The bivalves in this paper were named for him by Wheelton Hind (1860-1920), an international authority on Carboniferous bivalves, to whom he had been introduced by Culpin.

After Leighton, he had various assignments in Humberside and from 1920 he lived in North Ferriby until about 1940 when he finally removed to Collingham. While living in Humberside he widened his geological interests to include the Jurassic and Pleistocene.   But he continued in his spare time to work on the Carboniferous, leading to his classic paper (Bisat 1924) which brought him national and international acclaim.

A problem at that time concerned the age relationships between sets of strata occupying the junction between the Dinantian Carboniferous Limestone Series and the Namurian Millstone Grit Series on the northern and southern sides of the Craven Faults: the Yoredale Group of Wensleydale on the one side, the Pendleside and Bowland facies in Craven on the other. Some very diverse correlations had been proposed. Goniatites proved to be the key to resolving the stratigraphy of these formations and also of the Millstone Grit Group. 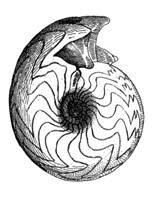 Goniatites were early ammonoids (coiled cephalopods), pelagic marine animals similar to but simpler than the better known Jurassic ammonites. They proved to be ideal index fossils as they had an extensive geographical distribution and evolved quickly. The Millstone Grit Group is dominated by massive beds of non-fossiliferous fluvio-deltaic sandstones, often difficult to distinguish one from another, but at regular intervals in the group there are thin marine bands (typically less than 3 metres thick) now believed to have formed during interglacial high sea level stands associated with oscillations of the Carboniferous southern polar ice cap. With few exceptions, each of the 40 or so named bands contains a unique species of goniatite (Aitkenhead et al. 2002). Hind had collected goniatites from Carboniferous beds and was aware of their potential value in correlation but he died in 1920; fortunately he passed his notes to Bisat shortly beforehand.

Bisat then embarked on a systematic search for goniatites in the region; he examined not only goniatites that he had collected himself but also others collected by friends including officers of the Geological Survey who were at that time mapping the Lancashire and Yorkshire coalfields. He studied the evolution of goniatite morphology, in particular three characters: the shell-shape, suture-pattern, and mouth-outline. And in his 1924 paper he established four new genera, nine new species, and nine infraspecific taxa; based on the goniatite fauna he listed 26 faunal zones marshalled in six divisions. In addition to establishing order in the Millstone Grit the paper showed that the Pendleside Group in the Lower Bowland Shales could be correlated with the Lower Yoredales. His work, which was reflected in the official geological maps published in the late 1920s and the early 1930s, was highly valued by the Geological Survey. In papers in 1927 to the British Association at Leeds and to the first Carboniferous Congress at Heerlen in Holland he extended his correlations to include Carboniferous goniatite-bearing beds of western Europe. He continued to publish work on goniatites up to 1957 including variously: a revision in 1930 for the Geological Survey of the coiled cephalopod faunas of the English and Welsh Coal Measures; refining stratigraphic details in various localities in Yorkshire and elsewhere in Britain; and goniatite phylogeny.

To have accomplished all this while working full time as a civil engineer was remarkable but this was not all. While living on Humberside Bisat took to studying the glacial drifts of Holderness and published a series of significant papers between 1932 and 1948, including his important 1939 Presidential Address to the Yorkshire Geological Society (Bisat 1939). Between 1932 and 1934 he systematically walked the 35 miles of the coast between Easington and Sewerby recording the details of the cliff stratigraphy, returning in later years to complete parts that had been obscured by landslips; his unpublished 8.2 metre-long composite section on a roll of paper formed the basis of his refined classification of the Pleistocene deposits in which he corrected a number of errors in earlier work. (A redrawn reduced version of this section, in 21 parts totalling nearly 0.4 metre in length, has been published by Catt and Madgett (1981)). In the course of his survey Bisat discovered laminated silts (now the Dimlington Silts) with moss remains, later described in a joint paper with J. A. Dell in1940, between the Basement Clay and his Drab Clay; the moss was much later to provide an important radiocarbon date for the British Quaternary. (It was Bisat, incidentally, who in 1932 introduced the Drab Clay into the terminology of the Yorkshire Pleistocene; it remained in use until its replacement after 1978 by the term Skipsea Till).

Bisat was President of the Hull Geological Society (1927-28), the Leeds Geological Association (1934-35), and the Yorkshire Naturalists Union (1935) before being elected President of the Yorkshire Geological Society (1938-40). He received many honours and awards: honorary degrees of M.Sc. (Leeds 1938) and D.Sc. (Durham 1961); honorary membership of various learned societies including the Societé Belge de Géologie; and, outstandingly, election to the Fellowship of the Royal Society (1947). Among medals he received were the Lyell Medal of the Geological Society (1942) and the first Sorby Medal of the Yorkshire Geological Society (1961). (As well as receiving medals he endowed the John Phillips Medal of the YGS for distinguished contributions to, or of work bearing upon knowledge of, the stratigraphy or palaeontology of the north of England). Bisats name has also been commemorated in various taxonomic names: Bisatoceras, a genus and later subfamily of the Goniatitidae, by the American palaeontologists A. K. Miller and J. B. Owen;  and species names Gigantoproductus bisati (Paeckelmann), Cravenoceratoides bisati (Hudson), Goniatites bisati (Moore), and Chaenocarciola bisati (Yates).

Bisat, W. S., 1924. The Carboniferous goniatites of the north of England and their zones. Proceedings of the Yorkshire  Geological Society 20, 40-124.

Catt, J. A.  and Madgett, P. A., 1981. The work of W. S. Bisat F.R.S. on the Yorkshire coast. In Neale, John and Flenly, John (Editors) The Quaternary in Britain: Essays, reviews and original work on the Quaternary published in honour of Lewis Penny on his retirement (Oxford: Pergamon Press), 119-136. 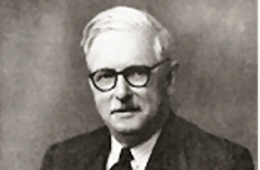