… and then there were none!

At just after 9 am on Sunday 10th October a great crashing rumble shook the house and rattled the windows.  It lasted for several seconds and ended as suddenly as it had begun. Eggborough power station’s remaining four cooling towers are no more and our view south-west to the horizon has changed forever.

The chimney and buildings are to be taken down more slowly, to the relief, I’m sure, of local residents.  Grand demolitions may look exciting but this house, three miles away, received a severe shaking and I was glad not to be any closer.  The power station’s near neighbours had to be temporarily evacuated while heat-seeking drones were used to check the vicinity for anything living, before the button was pressed.

The photo of the intact power station was taken before the demolition of the first four cooling towers on August 1st … and before one crop was harvested and replaced with another!  See blog entry for 6th August for an interim picture – history as it happens! 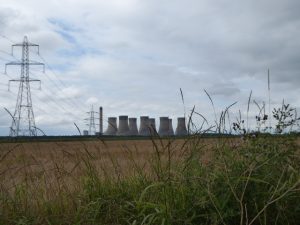 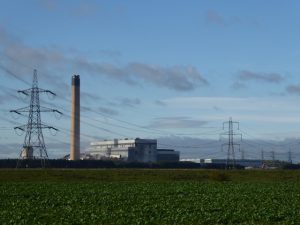