Recent Donations of books to the Lodge Library

Books on the History of York

John Hampshire has generously donated a number of books on the history of York, including: Aylmer & Cants History of York Minster, Wilson & Mees Medieval parish churches of York, and several books by Hugh Murray: This garden of death, Doctor Evelyns York, and Photographs and photographers of York.

We have also recently been given two volumes formerly owned by John Phillips, the first Keeper of the Yorkshire Museum, and one of the most important figures in the Societys formative years. These are Volumes I and II of George Shaws Zoological lectures delivered at the Royal Institution in the years 1806 and 1807. This work was certainly a significant in its day, and is well illustrated with numerous plates by Mrs Griffith, who is acknowledged as one of the best engravers of her time. 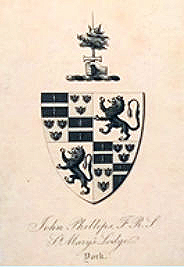 Phillips became a fellow of the Royal Society (FRS) in 1834, and in 1838 took the lease of the old Abbey gatehouse  then The Brown Cow, a rather down-at-heel inn, converting it into a gentlemans residence – we now know it as Marygate Lodge. The bookplates therefore date from after 1838, although of course Phillips may have owned the actual books before that date. Perhaps he even used them to prepare his lectures to YPS? 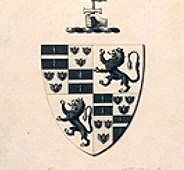