The geological map project was inspired by the two hundredth anniversary of the publication of a famous map – described as ‘The map that changed the world’ by Simon Winchester, in his book of the same name.

Much has been written about the largely self-taught individual, who single-handedly surveyed the whole country and devised a map to represent the underlying structure. The following account is taken from a display mounted by  the Yorkshire Museum, which celebrated the bicentennial  by refurbishing its own original copy and mounting it in a new display cabinet. They have kindly agreed to make the accompanying text available for us to put on this website.

A delineation of the strata of England and Wales, with part of Scotland…

WHO WAS WILLIAM SMITH? 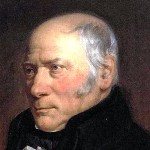 of English Geology. He is best known for his geological
map of England and Wales, which was first published
in 1815. He was an exceptional geologist, who,
despite his limited formal education,gained work
as a canal surveyor from the age of 18. He travelled
the country, digging into the ground to identify
where best to cut new canals. He soon noticed that
rock layers  strata  and fossils were found
in the same order, even when separated by great
distances. He realised that he could join this information
up to create the first ever geological map of a country,
and help all sorts of people, from farmers to civil engineers.

For his 1815 map of England and Wales, Smith was ambitious.

He commissioned a huge new base map that allowed
more space for his geological information.
The geology on each map was hand-coloured in
Smiths unique style,and he inspected each one
himself. Despite the huge mount of work and
money that went into the map, only 400 copies
were ever produced. Smith couldnt
cover the costs of the project, and his work was
overshadowed by that of the new Geological Society
of London. He sold his fossils to the British Museum,
but this was not enough to escape spending ten weeks
in Londons Kings Bench Debtors Prison in1819.
He resumed his high quality geological work when he left
prison, but he was 62 before his scientific talent and contributions
were finally recognised by the Geological Society.

his personal loss was the public gain;
his individual strength
performed a national work

Smith, after being released from 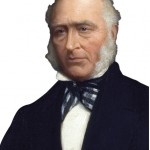 debtors prison in 1819, travelled the
North of England with his nephew
and apprentice John Phillips. They
lectured together at Philosophical
Societies across Yorkshire, and Smith
was resident in the Scarborough area
for over a decade. He designed the
Rotunda Museum in 1829, and
supplied the building stone for it
and the Yorkshire Museum. 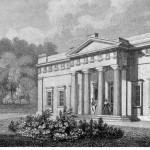 in 1822, opened the Yorkshire Museum in 1830
They took on John Phillips as their
first Keeper of Collections, from 1825-1840.
Phillips had become an accomplished
geologist after training with Smith.
He published the first geological timescale,
invented the term Mesozoic as a major
division of geological time, held academic
posts in London and Oxford, and
corresponded with Charles Darwin.

The Yorkshire Philosophical Society, founders of the Yorkshire Museum,
purchased one of Smiths large maps in 1824, at the time that he and
Phillips gave a series of lectures for them. Each map was unique, not
only because of the hand colouring, but also because Smith continued
to update the information published on it. There are over 20 different
versions known to have been circulated as a result. However, they are
all painted onto the same base map, dated 1815, so it can be difficult
to tell them apart and to date each version. This map is a later edition,
published after 1819. It is the only one known to exist with geological
information entered for France. There are approximately 100 maps
remaining today, many of which are in private hands.