Dr Martin Lister  is sometimes known as the spider man because he was the first person to describe systematically the species of British spider and study their habits and anatomy.  He was the first to realise how some spiders disperse by ballooning, using finely-spun silk to catch the wind.But there is much more to Martin Lister than a naturalist with a curiosity about spiders.  Who was he, and what did he achieve?

Martin Lister was born in 1639, near Buckingham (although his family were originally from Yorkshire).  He graduated from Cambridge in 1658.  In 1660, King Charles II, having received sufficient testimony of the learning  and abilities of Martin Lister and of his desire to continue his studies instructed St Johns College to admit him as a Fellow.  In 1663 Lister travelled to France to study medicine at Montpellier, returning to Cambridge in 1666.   He married in 1669, resigned his Fellowship (as Fellows were not permitted to be married) and established himself as a doctor in Yorkshire, initially in Skipton, before settling in York in 1670. Here he was at the centre of the York Virtuosi, an informal group of antiquarians, artists, printmakers, architects and natural philosophers.  The Virtuosi met in the Micklegate house of glass painter Henry Gyles  conveniently for Lister, who lived at his house without Mickelgate-barr.

Treating patients must have taken up rather little of Dr Listers time, judging by the profusion of enquiries he describes in letters to friends and colleagues, in numerous books, and in about 40 papers published in the Philosophical Transactions of the Royal Society, of which he was made a Fellow in 1671.  His interests were wide, and included, besides medicine, the antiquities of York, zoology, fossils, chemistry, pharmacology and mathematics.

In 1683 Lister moved to London, where he opened a medical practice in Old Palace Yard, Westminster.  In 1709 he was appointed Physician in Ordinary to Queen Anne  a post he had been actively soliciting  helped by the fact that Sarah Churchill, Duchess of Marlborough and the Queens friend and confidante was his niece.  He died in 1712.

What are Martin Listers achievements in science?

Spiders
Lister was the first serious arachnologist: the discoveries he made are still important.  Most of his work on spiders was published in 1678 as part of Historiae Animalium Angliae, translated into English in 1991. 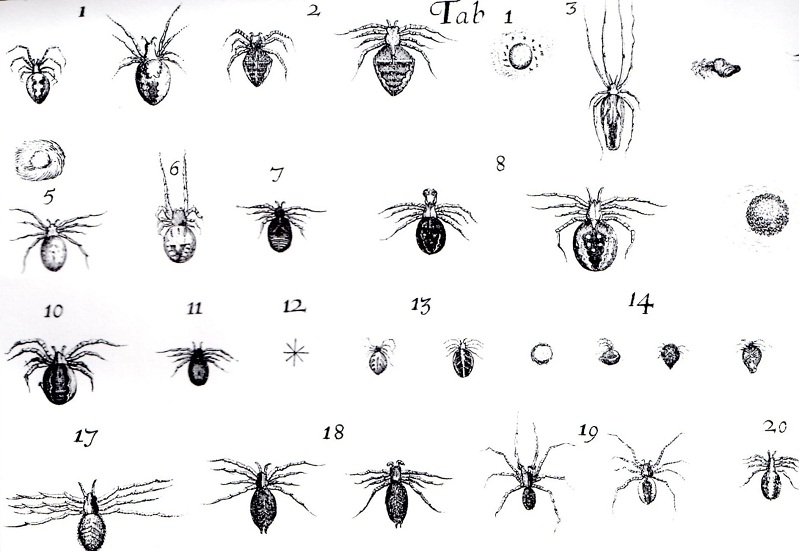 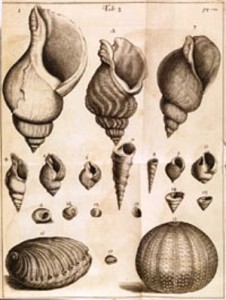 Snails
Lister classified and described a vast number of mollusc shells, published in as Historiae conchyliorum, published between 1685 and 1692, and exquisitely illustrated by his daughters Anna and Susanna.

Fossils  the first great discoverer of our country fossils
His interest in snails caused him to investigate fossil shells, found in quarried rock in various parts of the North of England. 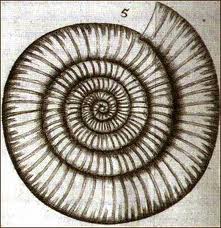 He recognised that different fossil types were found in different rocks, and came close to developing the concept of stratigraphy, a foundation of modern geology.  He recognised that, although similar to modern species, they were not identical.  His conclusion was that they formed spontaneously in the rock, but he considered that if this were not the case the animals they so exactly represent have been extinct  quite a novel idea in the time before the evolution of living organisms was clearly understood. 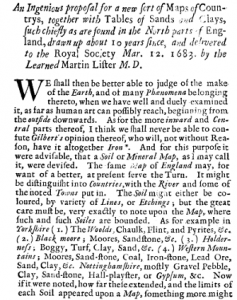 The first geological map
From his observations that different types of rock were found in different parts of the country, he proposed that if it were noted how far these (Chaulk, Flint, Pyrites, Sandstone, Turf, Coal etc.) extended, and the limits of each Soil appeared upon a Map, something more might be comprehended from the whole  than I can possibly foresee, which would make such a labour very well worth the pains.  This proposal  the first for a comprehensive geological map  was ahead of its time: it was only in 1815 that William Smith finally achieved a geological map of England and Wales.  It did, indeed, provide the insights  that Lister foretold, and proved to be a milestone in geology.


Chemistry
Listers experiments in chemistry led him to a method for producing fine reflecting surfaces, which was used by Isaac Newton in perfecting a reflecting telescope.  (Not everyone took his chemical experiments seriously: in Shadwells Restoration comedy The Virtuoso, the character of Sir Nicholas Gimcrack is probably, in part, a satirical take on Lister.)

Medicine
In medicine, he made studies of diabetes, rabies, gout, kidney-stone, venereal disease, and smallpox: it is unlikely that any of his proposals for treatment actually worked; but at least they were probably no more harmful than other treatments used at the time! 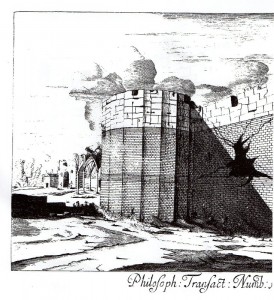 Drawing of the Multangular Tower, York [4]

Antiquities
Lister brought an unusually analytical approach to his studies of archaeological remains.  He discussed Roman urns unearthed near York, and identified where they were made from the type of clay used.  He also analysed the size of bricks used in construction of the York Multangular Tower  about seventeen Inches of our measure long, and about eleven Inches broad, and two and a half thick – and concluded, correctly, that it was part of the original Roman fortifications.

Statistics
We are familiar with the use of graphs to display statistical data.   Martin Lister  devised an early form of graph, which was first used by his friend Dr Robert Plot, to present a record of barometric pressure for the year 1684, with the rise, and fall of the Quicksilver, (markt by the wandring prickt line in the figure belonging to each month,) 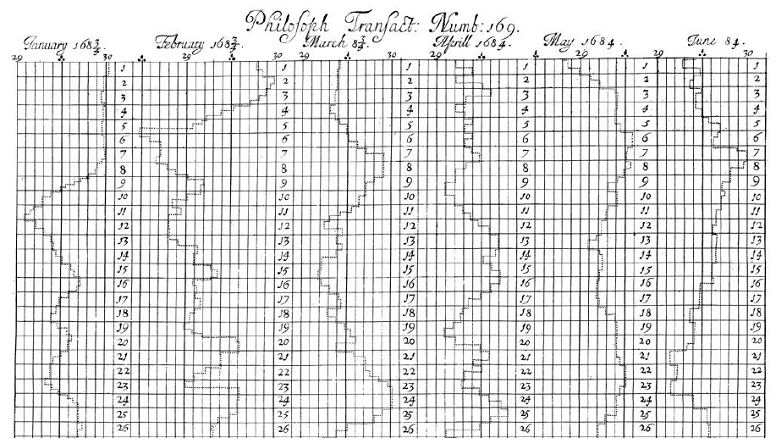 The first use of the histogram – barometric pressure, London, 1684 [4]

A major research project on Martin Lister, including many of his letters, and online lecture by Anne Marie Roos, and much other material is presented at http://www.history.ox.ac.uk/cofk/projects/martin-lister

The original Philosophical Transactions articles from which illustrations above are taken can be read on the Royal Societys website at www.royalsociety.org

An Ingenious Proposal for a New Sort of Maps of Countrys, together with Tables of Sands and Clays, Such Chiefly as are Found in the North Parts of England, Drawn up about 10 Years Since, and Delivered to the Royal Society Mar. 12. 1683. by the Learned Martin Lister M.D.
Philosophical Transactions of the Royal Society 1684. 14: 739-746.

Some Observations upon the Ruins of a Roman Wall and Multangular-Tower at York.  By the Judicious Mar. Lister Esq.
Philosophical Transactions of the Royal Society 1683. 13: 238-242.

Observations of the Wind, Weather, and Height of the Mercury in the Barometer, through out the year 1684; Taken in the Musaeum Asholeanum at Oxford, by Robert Plot, LLD. To which is Prefixt a Letter from Him, to Dr. Martin Lister, F. of the R.S. concerning the Use of This and Such Like Historys of the Weather.
Philosophical Transactions of the Royal Society 1685. 15: 930-943. 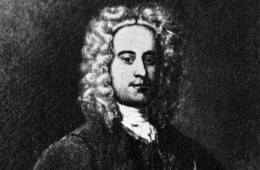