Did you know that a single secondary school in the small West Yorkshire town of Todmorden produced two Nobel prize-winning scientists  both taught by the same physics teacher?

A proud Yorkshireman, and an enthusiastic researcher, who continued his work until the day before his death at the age of 75, Geoffreys main interest was molecular structure. He worked with a wide range of substances, particularly metals in the platinum group, and has a catalyst named after him. He discovered many substances with molecules having a type of sandwich structure, and this work gave rise to his Nobel prize.

Geoffrey Wilkinson was born in Springside, a village close to Todmorden, on July 14th, 1921. 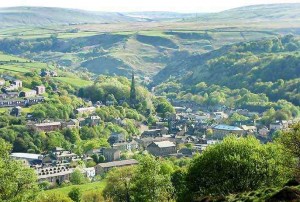 His father was a house painter, and his mother had been a mill-worker. An uncle had married into a family owning a factory producing Epsom and Glaubers salts for the pharmaceutical industry, and this provided young Geoffreys first introduction to chemistry. A County Scholarship took him toTodmorden Secondary School, and from there he obtained a Royal Scholarship to Imperial College, London.

Wilkinson graduated in 1941, in the dark days of the Second World War, and was directed to stay on to do research, as this was seen to be strategically important. Initially, he continued at Imperial College, under Professor Briscoe, but in 1942 he was recruited to join the nuclear energy project in Canada, and worked in the Montreal and Chalk River Laboratories, where he did research in nuclear fission from 1943 to 1946.

After the war had finished, Geoffrey was free to pursue his own interests, and he chose to apply to the University of California at Berkley, where he worked in nuclear chemistry under Professor Seaborg. He used the cyclotrons of the Radiation Laboratory to make many neutron deficient isotopes – Prof Seaborg claimed that Wilkinson had made more artificial isotopes (eighty nine) than anyone else.

In 1950, Wilkinson went as Research Associate to the Massachusetts Institute of Technology, and having been advised that it would be difficult to get an academic post inEnglandin nuclear chemistry, he returned to an earlier research interest  transition metal complexes, such as carbonyls and olefin complexes. The next year he was offered a post as Assistant Professor at Harvard, where he stayed until 1955.

Although some of his work at Harvard was on nuclear chemistry, his knowledge of olefin complexes meant that when a paper was published in early 1952, reporting a reaction which had resulted in a light orange powder of “remarkable stability, dicyclopentadienyl iron (later known as ferrocene), his interest was aroused.

His discovery of its structure  a sort of molecular sandwich – was to become one of Wilkinsons most celebrated achievements, launching a new wave of organo-transition metal chemistry

In 1955, Imperial College, London, appointed Wilkinson to the chair of Inorganic Chemistry. He took up the position in January of the next year – at 34 one of the youngest professors the college has ever had – and continued to work there until, and beyond, his retirement. His enthusiasm for his subject was infectious. His research students reported that the spirit in his research group was more like that of an urgent gold rush…than the scholarly and disciplined calm expected in academia. Although he expected them to work hard, he provided plenty encouragement, and his old students write of Geoff with great affection.

Wilkinsons research was wide-ranging, involving well over half the elements in the periodic table. Many of his most important discoveries involved the six platinum group metals, Rhodium, Ruthenium, Osmium, Iridium, Palladium and Platinum. In particular, his experiments with Rhodium complexes added a great deal to the understanding of how catalysts work, and one complex compound of Rhodium – RhCl(PPh3)3  – is universally known as Wilkinsons catalyst. 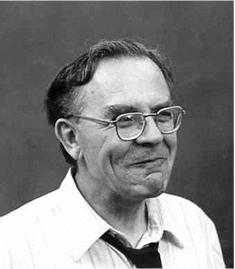 In 1973, he was awarded the Nobel Prize for Chemistry, jointly with Ernst Otto Fischer, as both men had worked on independently on determining the structure of ferrocene and other sandwich compounds. Wilkinsons sense of humour is very apparent in this section from the speech he made at the dinner following the presentation…

When I was given the honour of replying on behalf of my fellow Nobel Laureates, and was struggling to find some appropriate phrases, I was reminded …[of].. .the plight of the ancient Chinese philosopher Lao Weh Chang.

As you will recall, as a young man, labouring under the wild fig trees of Fu Chong, he discovered the secret of transforming base metals into gold. With increasing knowledge of the chemical arts of old China, he was able to turn everything into everything else, and, ultimately at his pinnacle, everything into nothing. Finally, when contemplating the awesome magnitude of his achievements he was rendered totally speechless. But we have it on excellent authority that whenever he opened his mouth there ensued a most magnificent display of fireworks and all was suffused with an everlasting rosy glow.

Now friends, when I was labouring under the eucalyptus trees of California, I too made some gold, but unfortunately it was only from platinum and I didnt make much since it was costing 100 million dollars a gram. Later I turned many things into many other things but the ultimate has always eluded me… Finally… when contemplating what had been wrought here in Stockholm, I too was rendered speechless. Unfortunately this proved only temporary, so that I am quite unable to provide you with the magnificent display of fireworks this occasion so richly deserves

Geoffrey Wilkinson married Lise Sølver, and they had two daughters. He retained a lifelong love of the region of his birth, which he visited frequently. He never completely lost his Yorkshire accent, and a smile always came to his face when speaking about Tod.

After his official retirement in 1988, Wilkinson continued working as emeritus professor, in the laboratory which had been built for him by Johnson Matthey, the firm which had supplied the platinum used in his research. He died in 1996.

His Nobel banquet speech is at:http://www.nobelprize.org/nobel_prizes/chemistry/laureates/1973/wilkinson-speech.html

His Nobel  Lecture , The long search for stable transition metal alkyls  is at: http://www.nobelprize.org/nobel_prizes/chemistry/laureates/1973/wilkinson-lecture.pdf

Image credits: all images in the public domain (Wiki/Creative Commons) 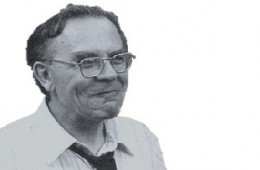