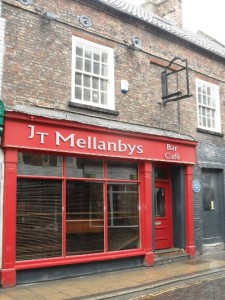 Tennant was the only child of the Rev. Calvert Tennant and Mary Daunt, both families with deep Yorkshire roots.  The Tennant family had long been landowners in the Wensleydale area, and are apparently distantly related to the local land agents of the same name. Calverts family lived at either Mount Park Farm or Park House, both still extant in or near to Wensley itself. Being the second son of the family, Calvert was encouraged to go into the church and gained a doctorate of divinity from St Johns College in Cambridge in 1736. 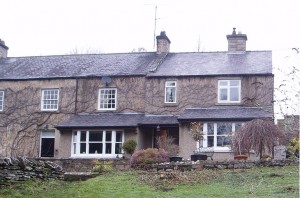 Calvert had ecclesiastical posts in Lund near Hawes, at Castleford and at Great Warley near Romford. He came to Selby in the 1750s, and may well have assisted Marmaduke Teasdale, Selbys vicar, at Selby Abbey and nearby St. Wilfrids, Brayton.  Mary Daunts father, William Daunt, was an apothecary, who came to Selby in the early 1750s, but died in the later part of the decade, leaving most of his possessions to wife Rebecca  and, on her death, to their only surviving child, Mary.

Calvert and Mary married in Selby Abbey on Midsummers Day, 1759, and their only child, Smithson whose unusual first name stems from his maternal grandparents family  was born two years later.

Calvert taught his son Greek and Latin, and he also absorbed knowledge from the Daunt medical texts. It is said that Smithson made gunpowder for his own amusement when he was just 9. 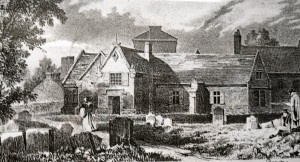 Sadly, Calvert died in his sons 10th year. Having shown an interest in Natural Philosophy by attending lectures at Tadcaster when he was 11, Tennant was sent away to school at Tadcaster and then Scorton, near Richmond, but was happy at neither place. He did settle at Beverley Grammar School, at the time closely linked to Beverley Minster. The schools new science labs have a plaque in his honour.

In 1780, whilst considering continuing his education under Dr Joseph Black at Edinburgh, further family tragedy struck, as his mother was killed, on falling from a horse when out riding with her son.

Smithson had inherited wealth and property in Selby and Wensleydale from both the Tennant and Daunt estates. He left Yorkshire behind, as he disposed of his assets over the next 5 five years giving him the resources to live the rest of his life as he wished – and what a life that was!

Moving to Cambridge, he rapidly began to move in scientific circles. Despite being yet to publish a paper, he was elected FRS at the astonishingly early age of 23.  Initially studying medicine, he gained his MD in 1796, but decided not to practice as it was said he could not abide the sight of pain and suffering.

In his chemical research, Tennants analytical powers were renowned, and he concurred with Lavoisier, in debunking the phlogiston theory. He also worked to confirm Lavoisiers conjectures of the structure of carbon dioxide and gave strength to the theory of allotropy by showing that graphite and diamond were both chemically equivalent forms of the element carbon.

He took an interest in agriculture, experimenting on seed germination, and ways to remove acidity from soil. He showed that whilst limestone (Calcium carbonate) was beneficial, the Magnesium salt, dolomite, was positively injurious. To carry out this research, he became a landowner in Epworth and in Cheddar, Somerset.

Interest in soil led to an interest in geology, and he was part of a London Society that developed into the Royal Geological Society  the first such in the world. His studies also included the nature of meteorites.

Working with his colleague William Wollaston, who he had met in his medical days, in 1804 he isolated two new elements, iridium and osmium, from platina, the ore of platinum. For this work, Tennant was awarded the Royal Societys Copley Medal, its highest honour, which is still granted today. 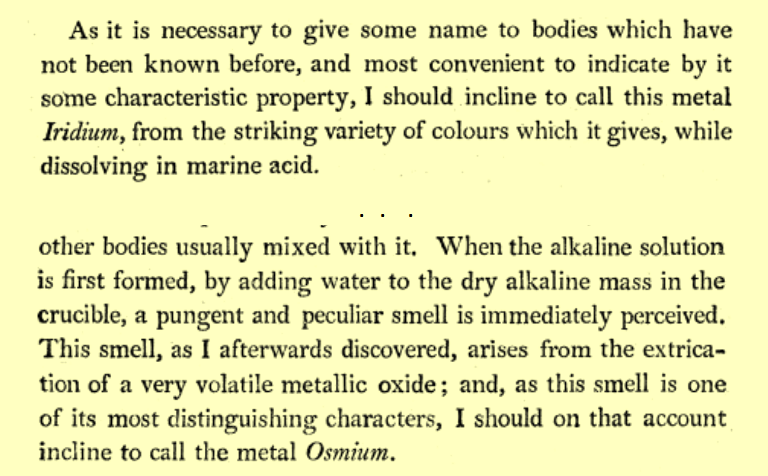 Smithson Tennant announces his discovery of the elements
Iridium and Osmium, in the Philosophical Transactions of the Royal Society,1804 [4]

Tennant also had strong social and political views, and was a member of the King of Clubs, a dining club whose members supported Bonapartes ideas. At occasions when the continent was free from war, Tennant toured Europe, appreciating culture and scenery as well as meeting scientific notables such as Berzelius and Scheele. By chance he had passed through Paris on the day before the Terror began.

On his return to Cambridge in 1813, he was elected to the 1702 Chair of Chemistry at Cambridge University. Renowned as a clear thinker and experimental scientist, his first series of lectures in 1814 on the history of Chemistry received hugely favourable reviews.

With Wollaston he investigated the causes of gas explosions in London. This work was a base for Humphry Davys better known application of the principle in the miners lamp.

Tennant returned to France for the winter of 1814. In February 1815, whilst his crossing from Boulogne was delayed, he rode to inspect the foundations of Bonapartes column: earlier in construction than Nelsons, and with Boney defiantly facing away from the nation of shopkeepers. Unfortunately, the bridge over the moat leading to the site had not been secured. It fell under Tennants weight; he was crushed by his steed, and died within the hour. He is buried in the public cemetery in Boulogne.

No authenticated portraits of Tennant survive. Contemporary accounts are fulsome in their praise of the pleasure of his company, his charm and wit, his incisive logic, the clarity of his explanations and his analytical skill. They look kindly upon the untidiness of his personal life, his unwillingness to publish his work formally and his occasional inability to suffer fools gladly. Smithson Tennant was a scientific genius of whom Selby and Yorkshire should be proud. 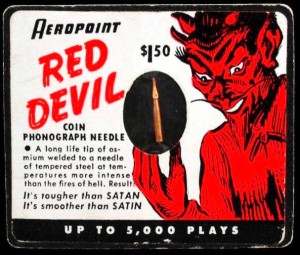 Archer, M.D. and Haley, C.D. (eds). 2007.   The 1702 Chair of Chemistry at Cambridge University of Cambridge. Tennants life is covered in chapter 5, written by Melvyn Usselman. 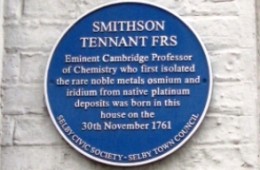