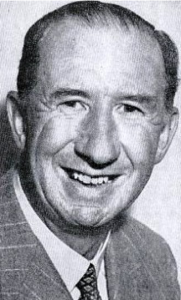 Nevil Shute Norway is best known for his novels, which often have an aviation theme and are based on his experiences as an aeronautical engineer and as a pilot. He used the name Nevil Shute for his novels, but as an engineer he was Nevil Norway. Born in Ealing, he went to Shrewsbury School and Balliol College. The family moved to Dublin where his father was head of the Post Office, and Nevil was a stretcher bearer during the 1916 Easter Rising. For some reason a stammer prevented his joining the Royal Flying Corps during World War I, and instead he joined the Suffolk Regiment. He started his career at de Havilland before moving to Vickers to work on the development of airships. In the 1920s aeroplanes were considered unsuitable for carrying large numbers of passengers long distances, whereas airships – the Graf Zeppelin being one – were already carrying commercial loads.

The title of his autobiography Slide rule refers to the now largely obsolete calculation tool (a manual analog computer in the form of a ruler) that was used by engineers. In it he describes his role as Chief Calculator (stress engineer) for the R100 airship being developed by a subsidiary of Vickers at Howden, Yorkshire, in parallel with the government-developed R101 at Cardington, Bedfordshire. Barnes Wallis was Chief Engineer, responsible for the geodetic design and gas-bag wiring. 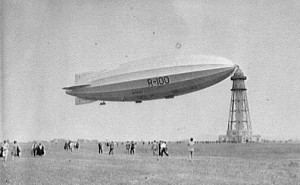 The airship was 709 feet (216 m) long and 130 feet (40 m) in diameter. Loaded with hydrogen gas it was light as a feather. Its top speed was 81 mph using three power cars each housing two Rolls Royce Condor engines. The gas bags were made of light fabric lined with goldbeaters skin (a kind of vellum). But the relative lack of internal support made the outer cover problematic. However, it was a placid mode of transport. On the demonstration long-distance flight to Canada one of the crew lost his wristwatch on the exterior walkway on top of the airship. It remained there for the entire flight and was returned to him later.

The designers of the fated R101 included those responsible, in Nevil Norways opinion, for the disaster of the R38 whose engineering had not included stress-calculations: while undergoing test manoeuvres over Hull in 1921, the structure of R38 failed and it crashed in flames in the Humber, killing 44 of the 49 crew. The R100 and R101 projects worked in somewhat hostile competition rather than collaboratively, thereby wasting effort and losing the benefits of double-checking. The R101’s demonstration test flight in 1930 was to be to India, but insufficient fuel capacity required modifications, which split the outer cover. The repairs were reinforced with tapes, and the cover then doped all over (dope is a highly flammable substance, a component of gun cotton, used to tauten the fabric skin of aircraft). This reacted with rubber solution in the tape-adhesive and, shown it on a visit to Cardington, Nevil Norway found with horror that it made it friable. The gas bags were also leaking. Asked to judge the airworthiness of their own ship, the designers naturally replied in the affirmative in order to compete with the successful long-distance flight of their private-enterprise rival. No second check was imposed and political urgency forced the flight. It crashed in France and burst into flames, killing 48 men  a worse disaster than the Hindenburg crash, caught so graphically on film in 1937. Nevil Norway considered the failure to be due to poor design, incompetence and the folly of Lord Thomson, Secretary of State for Air, a Labour politician killed in the crash. Airship development ceased, R100 was sold for its scrap value of £500. No highway is partly based on the R101 fiasco.

Out of a job, Nevil Norway decided to start an aeroplane manufacturing company, Airspeed Ltd. He was living in the St Leonards Club, York, a member of which, A. E. Hewitt, helped him to raise the capital. One investor was Lord Grimthorpe, of Beckett & Co Bank, in Leeds, who also saw it as a philanthropic enterprise in the depression years, (Norways views on other, more rapacious, bankers are interesting eight decades later). Others were Alan Cobham and Amy Johnson. 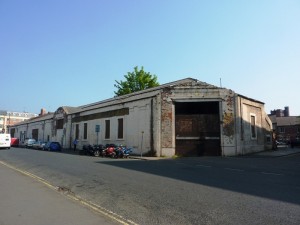 The company rented half of an empty bus garage at 17-21 Piccadilly, York, and an office at 10 Piccadilly Chambers, employing two draughtsmen and six or seven woodworkers on a batch of three sailplanes, which they named Terns, each able to carry a pilot and ten passengers. By 1932 there were 50 or 60 employees. The Ferry and the Courier followed, the latter having a retractable undercarriage, which later greatly influenced designers of military aircraft such as the Hawker Hurricane and the Spitfire.

Airspeed Ltd moved to Portsmouth in March 1933, taking half of their 100 workers with them and ending Nevil Shute Norways connection with York. He left the aircraft industry in 1938 and joined the navy during World War II. He emigrated to Australia in 1950, believing his country was doomed under Labour. His novel In the wet is an interesting (and wrong) prediction of a Soviet-style England 30 years after the coronation of the Queen.

To find out more – 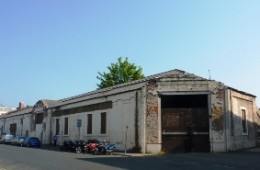