Richard Spruce, botanist and traveller, was born 10 September 1817 at Ganthorpe in the Howardian foothills near magnificent Castle Howard. His father was a local school master teaching at Ganthorpe and later at nearby Welburn, local schools partially owned by George Howard, the sixth Earl of Carlisle. Richards mother died when he was very young and he was raised by a stepmother with eight daughters. He was never of robust health, being plagued from a young age with bronchial troubles. Fresh air being, therefore, part of his early life style, his love of plants and the surrounding area greatly encouraged the outdoor life in the beautiful Howardian countryside. Despite his absorbing love of botany, he had a natural skill in mathematics; he quickly found a position teaching at Haxby, later finding a masters position at Yorks most prestigious St Peters School. With his work as a part time botanical collector, especially of mosses and liverworts of his native county, he soon began publishing papers on the subject. In 1848, being ordered abroad for his health, he went to the Pyrenees, spending a year collecting botanical specimens. 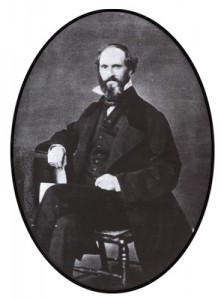 His collection brought him to the attention of Sir Joseph Hooker and George Bentham, of Kew Gardens: they suggested more ambitious collecting in South America. Spruce was singularly ill-suited to labour in tropical jungles; his health complaints were continuous: catarrh, bilious disorders, gallstones and other diseases, both real and imagined. Added to this he was plagued with parasitic insects and bouts of malaria; in the Andes he suffered a sudden and mysterious paralysis that left him unable to sit upright at a desk for the rest of his life. Yet what he lacked in physical strength he more than made up for in mental endurance. He survived the most terrible conditions for fifteen years in the Amazon and Andes. His life and adventures, discoveries and achievements, are fully documented in Mark Honigsbaums most interesting book The fever trail: in search of the cure for malaria. Malaria, a most deadly disease, once rampaged through Europe. Scientific studies about quinine were first published by Alexander von Humboldt in the early 18th century. The quinine alkaloid was separated from the powdered bark of cinchona trees, and named “quinine” in 1820 by two French doctors. The name quinine comes from the Amerindian word for the cinchona tree, quinaquina, which means “bark of barks.” As European countries continued extensive colonisation in Africa, India, and South America, the need for quinine became ever greater in importance because malaria was almost endemic in these countries. Cinchona is a genus of about 38 species and, unfortunately, the quality of the quinine in each varies considerably. The growing demand for quinine throughout the world, because of the instant relief brought to victims, became considerable. By the 1850s as many as two million adults a year were dying of malaria in India and a further twenty-five million were been afflicted with the disease. India was the jewel in Britains crown; moreover the vast financial assets of the East India Company were affected. Quinine appeared to be an answer to all the Empires problems, hence action was initiated at the highest level. It was not until 1897-8, that Ronald Ross working in India was able to establish clearly a mosquito-host cycle in avian malaria; for this reason up to that time quinine was seen as the miracle drug. Clements Robert Markham, an explorer of the old school, was appointed to a government office that worked closely with the East India Company; he eventually came to the attention of the officials who ran the India Office. Markham was the mover and shaker that got the British government involved in the quest for the quinine from the bark of the South American cinchona tree. Plans were made for the trees to be established in India, thereby overcoming the difficulties being experienced in obtaining constant good quality supplies from South America, and competing with the Dutch and other interested countries. In his role in the quest for cinchona Markham had to acknowledge his lack of expert botanical knowledge; however he did know of Richard Spruce, a botanist of some repute, who was already working in Peru and Bolivia and an ideal man for the job in hand.  Clements Robert Markham was born on 20 July 1830 at Stillingfleet, 6 miles south of York, and about forty miles from Spruces home village of Ganthorpe. He came from a long line of churchmen: his great- grandfather, Dr William Markham, had been Archbishop of York and tutor to both King George IV and William IV; hence Clements had access to the important figures in the political life of the day.

Markham was very much the motivator of the quest for British access to quinine. His genius was to show a plan to steal the seeds and plants from the Andean republics, presenting it not as theft, but philanthropy. Justifying his argument, he pointed out the forests where the bark grew, was by 1850 being stripped to the point of exhaustion. So Markham brought Spruce into the great quest to secure the means of producing quinine in the British Empire. There was another man involved, but Markham learned of his expertise too late: his name was Charles Ledger. Because of Ledgers need for money ,the Dutch were the country to benefit. So it was these three men, who Honigsbaum describes in The fever trail who  battled through jungles, and survived malnutrition, disease and untrustworthy guides to help provide Europe and the Empire with the quinine they so desperately needed.

Richard Spruce, commissioned by the India Office, collected under very difficult circumstances one hundred thousand seeds and six hundred plants, which he then conveyed to the coast, avoiding warring factions and Andean civil war, finally having them shipped to India. His report on this undertaking was published in 1861. His health now completely shattered, he remained on the Pacific coast until 1864. Spruce lay in his hammock, immobilised by the paralysis of his legs, only managing to write a little each day of his reports. After seeing his collection off to India he suffered a further catastrophe: the bank in which he deposited all of his money  the payments for the plants he collected and from the Indian government  was declared bankrupt. With all his savings gone he made appeals to various government offices, to no avail. Finally a penurious and broken man, he had to say goodbye to South America, his home for fifteen years, and head for England. There was no one to meet him in England and it took time to write up his learned knowledge of South America. He brought home with him vocabularies of twenty-one Amazonian languages and maps of three previously unexplored rivers. His flowering plants, numbering seven thousand species ,were catalogued at Kew with the help of Bentham and his learned colleagues, likewise ferns, mosses and fungi. After a great deal of effort by Spruce and friends he received a small  small indeed  government pension, and the Imperial German Academy gave him the degree of Doctor of Philosophy. 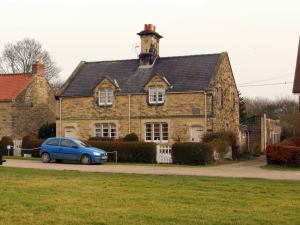 He retired to Coneysthorpe in his native Howardian Hills, very near the magnificent Castle Howard. Even though compelled to do most of his work lying down he spent his last twenty-seven years working out his plants. We do not know when he joined the YPS, but his obituary in the Reportfor 1893 is: the Late Dr Spruce derived much pleasure and instruction from our Herbarium, to which he made many contributions during the years 1838-1848. Henry J. Wilkinson, the honorary curator of the Herbarium, said years later: he had been a worker in an immense field of work.  The least that can be done to keep green the memory of such honoured names among the pioneers of Yorkshire botany is to care for the flowers they loved so well. 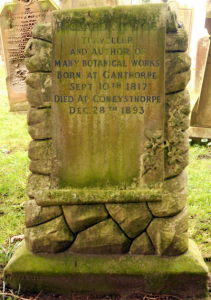 Spruce died at Coneysthorpe on 28th  December 1893, and was buried in the churchyard at Terrington nearby. In 1971 there was a meeting and ceremony in Coneysthorpe of some eminent botanists, and a plaque was unveiled commemorating the achievements of this remarkable man. 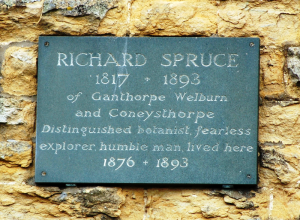 It is fixed to the cottage where he spent his last seventeen years. The inscription reads: Richard Spruce of Ganthorpe, Welburn and Coneysthorpe: Distinguished botanist, fearless explorer, humble man.

He was elected a fellow of the Botanical Society of Edinburgh in 1842 and an associate of the Linnean Society in 1893, and he was also a fellow of the Royal Geographical Society. His name is commemorated by a moss, Sprucea and a liverwort, Sprucella. 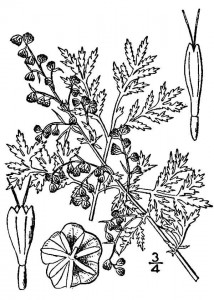 Quinine and its chemical successors have managed some control, but have not proved 100 per cent effective. In laboratories and research facilities the battle goes on to find a cure. Here in York, the University has had a major breakthrough in anti-malaria development. Artemisia annua, known as sweet wormwood, has for a long time been used in herbal medicine to treat a wide range of conditions. It was well known that it could be used to help the body deal with fever. Its principal component, artemisinin, is highly effective, according to the international aid organisation  Médecins sans Frontières (Doctors Without Borders). After the first dose 90% of the agents that cause malaria were destroyed. The genetic breakthrough by the university is to accelerate anti-malaria development; hence plant breeding turning Artemisia annua into a high-yielding crop. York has partnered with leading tropical seed company East-West Seed to produce Artemisia seeds in commercial quantities. This new supply of improved seed will help build up a robust supply chain for the production of artemisinin Combination Therapies. The project is supported by funding from the Bill and Melinda Gates Foundation.

Honigsbaum, M. 2001.  The fever trail: in search of the cure for malaria.  Macmillan, London.

http://bryophytes.plant.siu.edu/sprucephoto.html. A website devoted to “bryophytes” with notes on Spruce’s study and collection of bryophytes in Ecuador.

http://www.kew.org/heritage/people/spruce.html. The website of the Royal Botanic Gardens at Kew with more on Spruce. 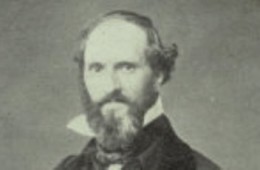