John Hughlings Jackson (1835-1911): An adornment to the London Hospital

This article, from the Journal of Medical Biography, is reproduced with the kind permission of the author, Michael Swash. 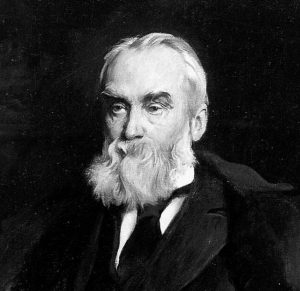 John Hughlings Jackson was associated with the London Hospital as a Lecturer and Physician for nearly 40 years while also on the staff at The National Hospital, Queen Square.  His experience at the two hospitals was complementary; sometimes, a patient would be exchanged between the two hospitals.  At the London Hospital, he was especially revered by students, colleagues and even by the House Governor, for his knowledge and his contributions to neurology.  His ideas helped to resolve the chaotic contemporary understanding of neurological phenomena into a coherent whole, determining the direction of future neurological research in the following century.  His life and work was supported and strengthened by the help and friendship of his colleagues at the London Hospital, especially Sir Jonathan Hutchinson.